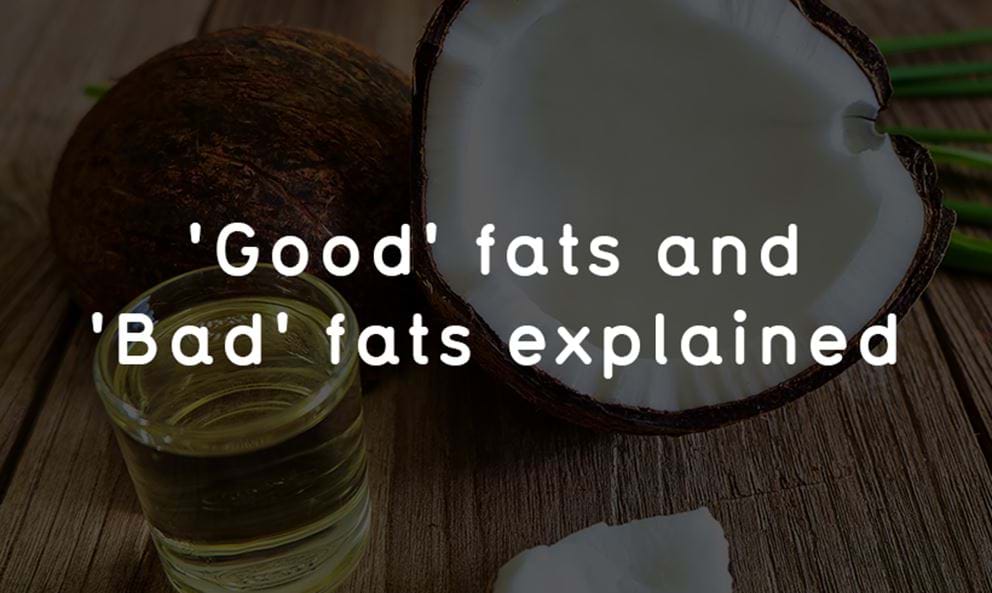 It wasn’t so long ago that fat was the greatest enemy of the fitness magazines, pundits, and health aficionados of the world. Within recent memory, it was a common belief that even a touch too much fat in your diet spelt disaster.

Saturated fat, found in meat, animal products, and certain vegetable products such as coconut oil, is a naturally occurring fat which remains solid at room temperature.

During the height of the anti-fat movement of past decades, saturated fat was typically seen as the big baddie – the thing which was bound to give you heart disease, cancer, and various other lethal ailments.

The initial fear of saturated fat was largely based on observational studies carried out in the 50’s, specifically Ancel Keys’ “Seven Countries Study”, in which diets high in saturated fat were correlated with populations at particular risk of heart disease.

To further complicate matters, a 2016 study from the University of Bergen found evidence that dietary intake of saturated fat might actually improve blood pressure, among other health variables, while at the same time not boosting the risk of heart disease.[3]

As the debate around saturated fat isn’t settled as of yet (there are some studies which do suggest a link to heart disease[4]), it’s generally advised that the majority of the fat in a person’s diet should be unsaturated.

The clear benefits of unsaturated fats

While saturated fats may or may not deserve the bad reputation they’ve been shouldering for so long, the evidence is pretty conclusive when it comes to the health benefits of unsaturated fat (natural fat which remains liquid at room temperature, e.g. olive oil).

The decrease in overall mortality from a high unsaturated fat diet was striking, ranging from an 11% to a 19% lower overall risk, as compared to the carbs.[6]

Monounsaturated fats are generally stable when cooking at high temperatures, and research suggests they may have a variety of incredible health benefits – like helping to prevent coronary heart disease.[7]

Omega 6 fatty acids are needed by the body too, but are typically over-abundant in modern Western diets due to a variety of factors (such as cattle being fed grain as opposed to grass). Evidence suggests that having too many omega 6 fatty acids in your diet can cause inflammation in the body[9], so it’s important to focus on getting sufficient omega 3’s in to even out the ratio.[10]

Unlike with other macronutrient types, overall fat intake is generally not covered in national dietary guidelines. The key is in not exceeding the suggestions for saturated fat intake, and in using unsaturated fats for the majority of your fat intake.

One of the great nightmares that arose from the processed food industry, and the anti-saturated-fat terror of recent times, was the promotion of trans fats in products such as margarine, sold as a healthy plant-based alternative.

The problem, of course, is that trans fats turned out to be super bad.

An almost endless array of studies show that trans fats harm the health and proper functioning of the body, ranging from promoting inflammation and damaging cell function[11], to lowering good (HDL) cholesterol in the body and damaging arteries[12], to promoting obesity[13] and more.

One study even found that simply replacing trans fats with other types of fat could potentially reduce heart disease risk by as much as 40%[14].

The verdict is clear on trans fats – avoid them.