Why Does the Gym Make Me Feel So Hungry? 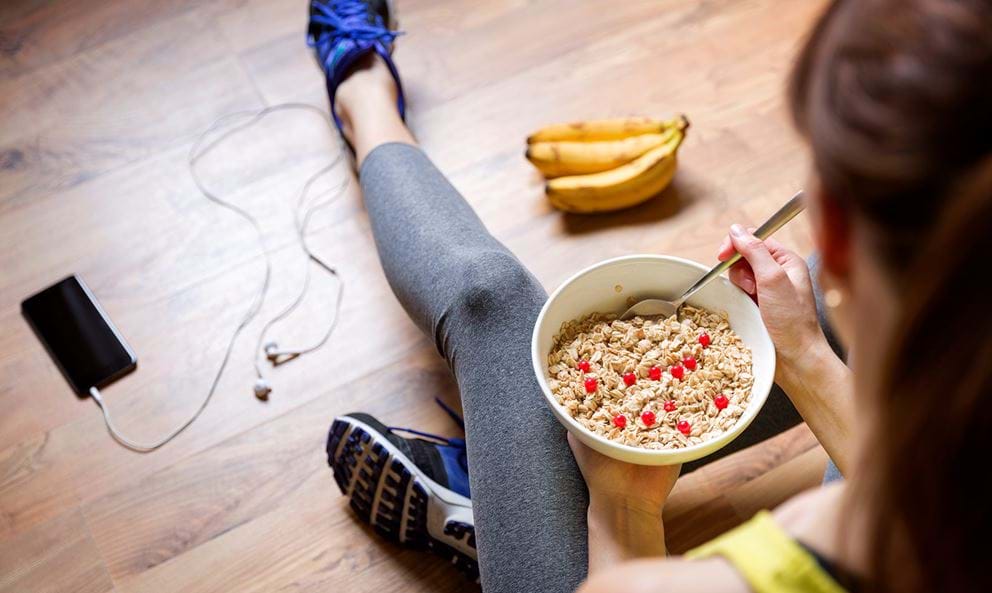 Potential fat loss is one of the leasing reasons people choose to hit the gym. With new diet plans coming out every week, and a near-infinite number of intensive boot camps and spin sessions promising to fight the love handles, it’s clear that getting lean is a top priority for many fitness enthusiasts.

And that means it’s likely to be pretty annoying for people on a weight loss mission to find themselves starving after an intense cardio session. Yet, unfortunately, it happens pretty often.

Why does the gym make people so hungry? And what does that post-workout appetite-boost mean for weight loss?

What does the science say about exercise and hunger?

Interestingly enough, different studies have turned up conflicting findings when looking at the effects of exercise on hunger. Specifically, a 2016 study from Loughborough University found that regular exercise resulted in less hunger and less overeating in a group of women than calorie-restrictive dieting alone, whereas a 2004 study published in The American Journal of Clinical Nutrition found that High-Intensity Exercise resulted in women consuming more calories than they otherwise would.

Why the different findings? Well, there could be various reasons.

One possible explanation could be that exercise in and of itself has certain hunger-suppressing effects, but that particularly intense or long-duration training stresses the muscles and central nervous system enough that they simply need more fuel to repair and rebuild.

Is hunger after exercise something to worry about? Will it get in the way of weight loss?

Some degree of hunger after exercise is natural. The body fuels and repairs itself with food, after all, and — as mentioned above — intense exercise may naturally cause the body to require more fuel for the rest-and-repair operation.

Generally, some hunger after exercise shouldn’t be a concern as long as you keep the following principles in mind:

Plan your post-workout meals, don’t binge — if you’ve trained far harder than your body is accustomed to, you may feel a combination of extreme hunger, fatigue, and irritation. That doesn’t bode well for your diet.

Plan and prepare your post-workout meals in advance and stick to healthy and nutritious staples. No processed food. Don’t give yourself any extra excuses to drive to McDonald's on your way home from the gym.

Pay attention to your hunger. Is it manageable or is it completely out of control? — Feeling hungry after a good workout is normal. Feeling completely ravenous and out of control, on the other hand, is likely a sign that something’s wrong. If your post-exercise hunger is too severe, you may need to decrease the intensity of your training or eat more during your pre-workout meal.

How can I reduce the post-gym cravings?

Here are a few ways of reducing post-exercise hunger.

Drink some coffee (preferably decaf) — Coffee has long been used as an appetite suppressor. Fascinatingly, a 2012 study found that decaf coffee had even stronger appetite inhibiting effects than regular coffee.

Eat a filling pre-workout meal — It’s not rocket science that if you don’t eat enough before a workout, you’re likely to feel all the hungrier when it’s done. Make sure your pre-workout meal leaves you feeling satisfied (but not stuffed) and includes some protein and low-GI carbs.

Keep a post-workout snack in your gym bag — Munching down on a protein bar or a handful of nuts immediately after finishing your workout is a great way of taking the edge off your hunger before it has time to develop.

Stay properly hydrated during and after your workout — The body may, at times, confuse thirst for hunger, and many people report feeling less hungry after having a glass of water. Interestingly enough, research has also found a link between poor hydration and obesity. The body loses a lot of water during exercise, so keep a sports bottle nearby.