Recreating the Track and Field in the Gym 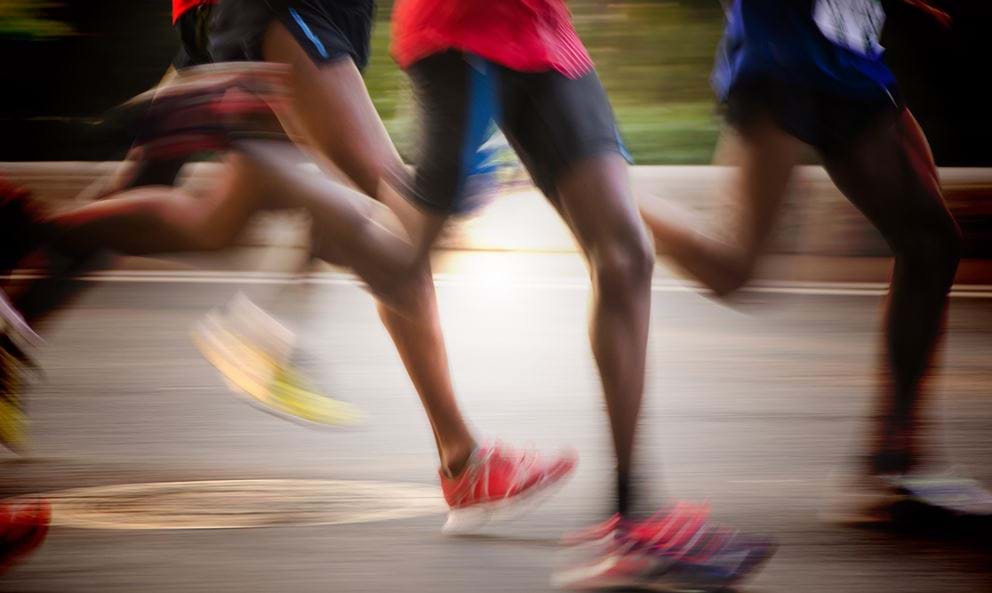 The Athletics World Championships are due to take place in London from the 4th of August this year, the biggest sporting event to hit the capital since the 2012 Olympics.

Yes, the time is fast approaching when we get to feast our eyes on displays of athletic prowess the like of which no mortal man or woman should be able to pull off.

In case you’d like to feel the burn alongside the competitors but don’t have access to the specialist equipment, here’s a look at how you can get a similar kind of workout down at the gym.

What are Track and Field Events?

The first thing is to define just what track and field events are and what kind of fitness and conditioning they require. After doing that, we can start working out just how to target a workout for each core skill.

Track and field events can essentially be divided into the categories of running, throwing, and jumping.

Sprinting – an anaerobic race where the name of the game is breakneck explosive speed.

Middle Distance – often considered the hardest form of running, since it requires both strength and explosive energy, as well as the cardiovascular endurance to push through to the end.

Long Distance – an aerobic race where lung capacity and conditioning are essential to make it through the sometimes 2-hour slogs.

Relays – where the aim is to race as a team with brilliant coordination and take-off time once the baton gets passed.

Hurdles and Steeplechase – essentially running through an obstacle course, where jumping over things is a necessity.

Discus Throw – the discus throw involves throwing a 2kg heavy, frisbee-like disc, as far as possible, while spinning around to generate momentum.

Hammer Throw – the hammer throw involves a heavy ball attached to a wire, which must be thrown as far as possible. You’ll see competitors spinning around madly while generating momentum for their throws.

Javelin Throw – perhaps the clearest example of a sport which originated from ancient warrior culture, the javelin throw involves taking a run-up and hurling a roughly 2.5m spear, overhead, as far as possible.

Shot Put – the shot put involves holding a heavily weighted sphere – a lot like a cannonball – near to the neck, and throwing it over the shoulder, as far as possible.

Long Jump – the long jump involves running down a track of predetermined length and jumping as far as possible into a sand pit from a marked take-off point.

Triple Jump – the triple jump is almost the same as the long jump but involves two smaller jumps – a hop and a bound -- before the final leap at the edge of the sand pit.

Pole Vault – the pole vault involves the competitor sprinting down a track, with a large pole in hand, then using the pole to launch themselves over a high, horizontal bar.

High Jump – the high jump involves a short run up to a horizontal bar, which must then be jumped over.

From taking a quick look at the different track and field events, it’s easy to identify a few core fitness skills which are essential to the different movements, not to mention some relevant exercises. These are as follows:

Required for the sudden bursts of muscular effort which are essential, to varying degrees, in sprinting, throwing, and jumping. For the average non-Olympian trainee, explosive power tends to increase directly along with strength.

A vertical jump is a measure of how far someone can raise their centre of gravity off the ground, from a standstill, using only their own muscles. It’s a classic measurement of athletic performance.

Box jumps directly train your vertical jump. To do this exercise, stand next to a sturdy crate or set of steps, and jump on top of it from a dead standstill. One jump counts as one rep.

As power increases directly with strength for a long time, pure strength-building exercises are a good place to start. The “Big Three” of powerlifting – bench press, squat, and deadlift – are a winning combination. Lift heavy, at least 80% of your 1 rep max, and begin with 3 sets of 5 reps.

Necessary for all sports, but the core requirement of long-distance endurance running, where lung capacity and aerobic efficiency determine how long you’re able to hold on for.

To perform like a long-distance runner, you’ve got to train like one. Distance runs are the backbone of all such training programs – and so they should factor into your workout routine, too. Hit the treadmills and try to go for a long session of about an hour, at a moderate pace. Increase your pace and time spent running with each session.

Any activity which involves quick footwork or a deft transfer of body weight – whether it’s a triple jump or a discus throw – requires great balance and agility. A triple jump fails every time if the jumper stumbles or oversteps the launch point. A discus thrower is no good if he staggers and trips over while going into a spin.

All good dancers look graceful, and that’s because dancing is one of the best disciplines for improving balance and body-awareness. Your gym’s Zumba class is a good place to start.

Rotational force is a common, essential feature of many sports, from the martial artist throwing the perfect lightning-kick or punch, to the baseball player swinging his bat. In track and field, the ability to twist quickly at the hips, or pivot your bodyweight at the speed of light, is essential to movements like the discus and hammer throw.

Standing cable wood chops are a simple exercise. They involve standing perpendicular to the cable machine while holding the cable with both hands, and then twisting your hips and pushing away.

All you need to perform Russian Twists is some kind of weighted object and a flat surface. Simply get into a relaxed V-sit position with the weight held out in front of you with both hands, and then twist at the waist to move the weight from side to side.

Movements like the high jump require good flexibility, as the default position for going over the bar is from behind, arching the back for maximum clearance. Flexibility is also an essential skill for the hurdles, and for clearing obstacles in general.

There are many different types of Yoga which emphasise different movements or points of practice. All forms more or less share the same essential moves, and those moves are great at improving your flexibility. If you see any kind of yoga on your gym’s list of classes, it might be worth a closer look.

Pilates was originally invented to treat and rehabilitate injured dancers, and is one of the premier worldwide systems for helping athletes stay supple and injury-free. Pilates focuses largely on allowing tense muscle groups to relax, and strengthening underpowered ones, with a large emphasis on core strength.

Are you a member that wants to be one of the first to hear about new articles, and all the great things going on at PureGym? Sign up to our newsletter by ticking yes to the Email and SMS option under Personal Information, and you will receive links to the latest blog posts, exclusive member offers and information on everything going on in the gym right now!