How to get worked up for a workout 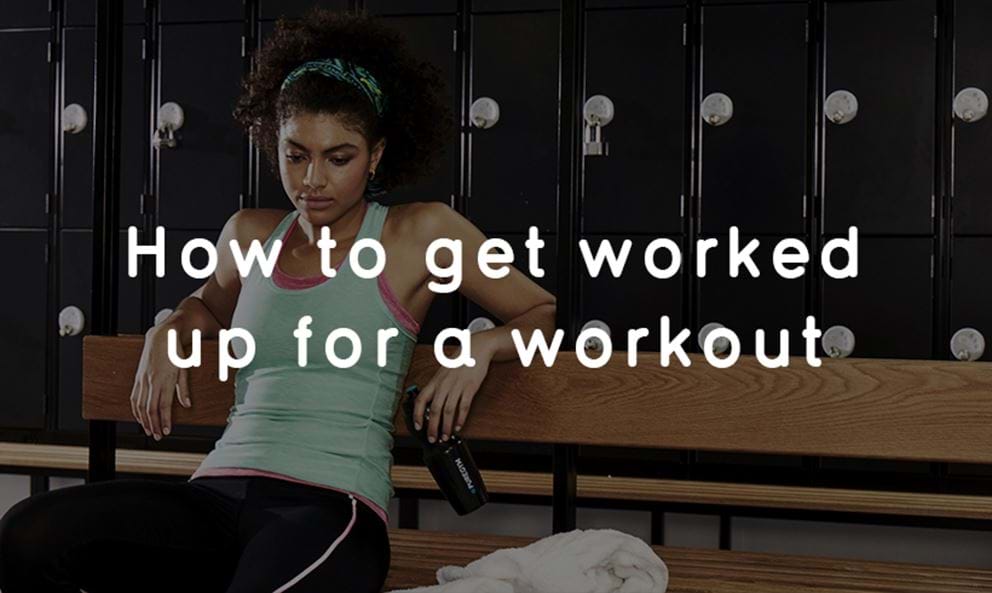 One of the key challenges of sticking to a workout routine is simply getting it done when you’re feeling drained or sluggish first thing in the morning or after work.

Aside from the risk that you just won’t turn up to your workout at all in this state, there’s the added problem that feeling completely out of it isn’t a great formula for having an effective training session.

Here are a few tips for getting in the zone when you really need to.

Have a cup of coffee (or a healthy pre-workout supplement)

There are times when a quick shot of caffeine or a stimulant-loaded pre-workout supplement is enough to get you feeling energised and ready to train. If you haven’t slept enough the night before, or if you’re finding yourself motivated to go and train, but physically exhausted at the same time, a coffee might just get the job done.

As it so happens, studies suggest that caffeine can also improve your strength and endurance in the gym, so there’s another reason to have that pre-workout espresso.[1]

When it comes to using commercial pre-workout supplements, just be wary of how much sugar is included in each serving – not to mention testing the supplement beforehand to make sure it’s not going to keep you up all night.

Set yourself the challenge of doing the bare minimum

A good psychological trick for when you’ve got to do something but just aren’t in the mood, is to set yourself a challenge of doing the bare minimum.

Here’s how it works:

Well, think about it. Instead of forcing yourself to do something which will take a large dose of willpower, you’re committing to doing something much simpler, which will generally still lead to the full act.

If you step outside the door with your running shoes on, or arrive in the gym car park, you’ll almost always end up thinking “well, I’m already here now, I may as well just do it.”

And if you really can’t bring yourself to train, even after taking that first step? Well, at least you’ve kept consistently laying the groundwork for your habit.

Keep a folder of inspirational pictures, quotes, and songs

The thing about motivation is that it’s a fickle mistress – here one moment, gone the next. That’s why the best thing to do is to turn your workout routine into a habit, rather rely on being motivated all the time.

That being said, though, motivation is pretty awesome when it’s available.

One effective way to fight back against feeling sluggish or demotivated is to collect a folder of inspirational pictures, quotes, and songs, and dive it into it when you need a quick boost.

Maybe reading some Rocky quotes and listening to Eye of the Tiger will give you that little bit extra you need to get out there and train.