Chicken or Eggs: What Comes First in Terms of Protein? 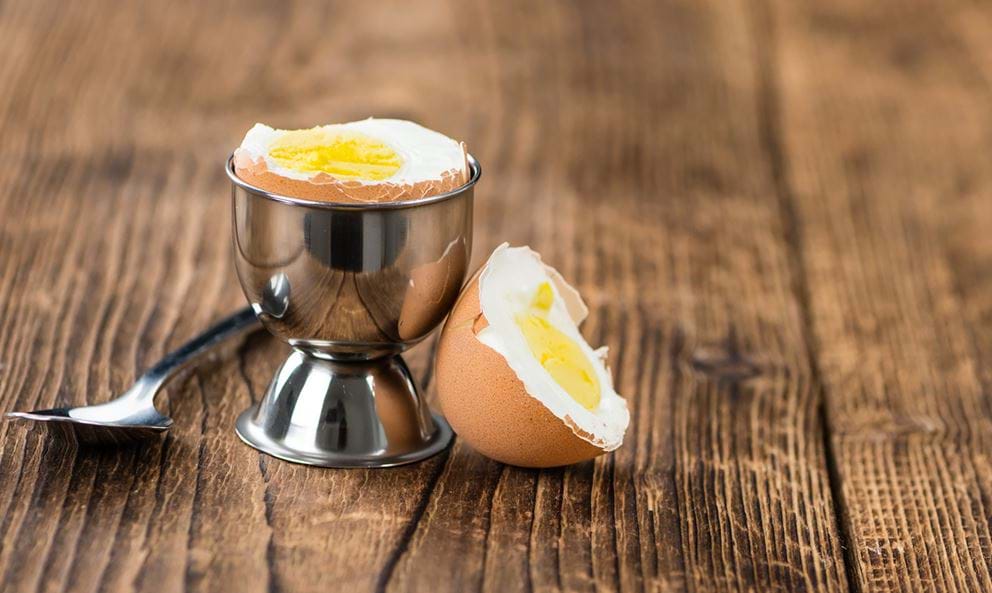 What came first, the chicken or the egg? It’s a question as old as time, and we may never know the answer. But for anyone who spends a lot of time around the gym, there’s a different question to ask: what comes first –  chicken, or eggs – in terms of getting high-quality protein?

For a long time, bodybuilders and fitness fanatics have been known to wolf down meals made up of plain, grilled chicken breast (yeah, it doesn’t taste great, but it’s protein, and it’s low in fat) along with eggs — or at least, egg-whites.

In fact, there’s a scene in the original Rocky movie where Stallone himself chokes down a glass of raw eggs post-training, and seems to really, really hate it.

Here’s a look at what you need to know about eggs and chicken, in order to decide the role these foods will play in the protein portion of your diet.

An egg is around 35% protein

According to NutritionData.self.com — an egg is around 35% protein, 62% fat, and 3% carbohydrate, by calorie content.

This makes eggs a very well-rounded food, but it also means they may skew your macros for the day if your main consideration is protein.

Eggs are seriously high in nutrients

Consider the fact that an egg contains everything that a chicken embryo needs in order to develop into a chick, and you can imagine that this breakfast staple is nutrient dense, in a major way.

In fact, a single large egg contains around:

Due to their nutrient density, eggs are often described in terms of being a “perfect food”, or a “super food”.

The cholesterol in eggs may not actually be a problem

But the old certainties have collapsed. It used to be that every official health organisation would warn you that eating cholesterol would raise your cholesterol. Now many suggest it doesn’t really matter very much. The official NHS Website states:

“Dietary cholesterol has much less of an effect on the level of cholesterol in your blood than the amount of saturated fat you eat does.”

The British Heart Foundation, for their part, have made the folllowing claim about eggs and cholesterol:

There is some research suggesting that, in 30% of people, eggs may raise overall, and bad, cholesterol. But as a whole, the cholesterol issue has largely been left behind.

A skinned chicken breast is around 80% protein

If protein is the only variable you’re looking at, a skinned chicken breast wins out over a pack of eggs, purely because a much higher proportion of its calories come from protein.

According to nutritiondata.self.com, a skinned and de-boned chicken breast is around 80% protein, making it a perfect food to add to your salad or dinner plate if you want to keep your fat intake down while getting more protein in your diet.

Chicken is not as nutrient-dense as eggs

A skinned chicken breast boasts certain nutrients, to be sure, but pound for pound, doesn’t compete well against a plate of scrambled eggs. An 85g serving of chicken breast, minus the skin and bones, contains:

Eggs and chicken are both high-quality animal protein sources, with a high Biological Value (BV).

The main factor separating them is that chicken — particular skinned chicken breast — is a much more protein-dense food, whereas eggs are more of a “complete” food, containing plenty of fat as well.

If you’re specifically looking at ways to add more protein to your diet while maintaining a certain macronutrient balance, skinned chicken breast would win out.

If, however, you want a nutrient dense food — eggs win out in terms of some key micronutrients, including Vitamin A and Choline.